The University of Pennsylvania and Health System have a combined economic impact of more than $14 billion on the state and citywide economy annually. *

The FY2015 Economic Impact report paints a broad picture of the University’s wide-ranging and deep impact on the state, city and region’s economic development and prosperity. The full report is available at www.evp.upenn.edu 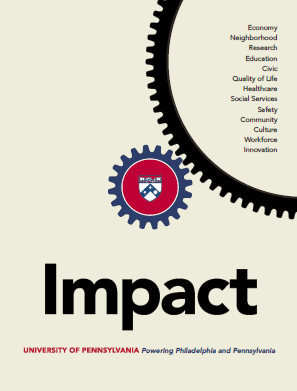